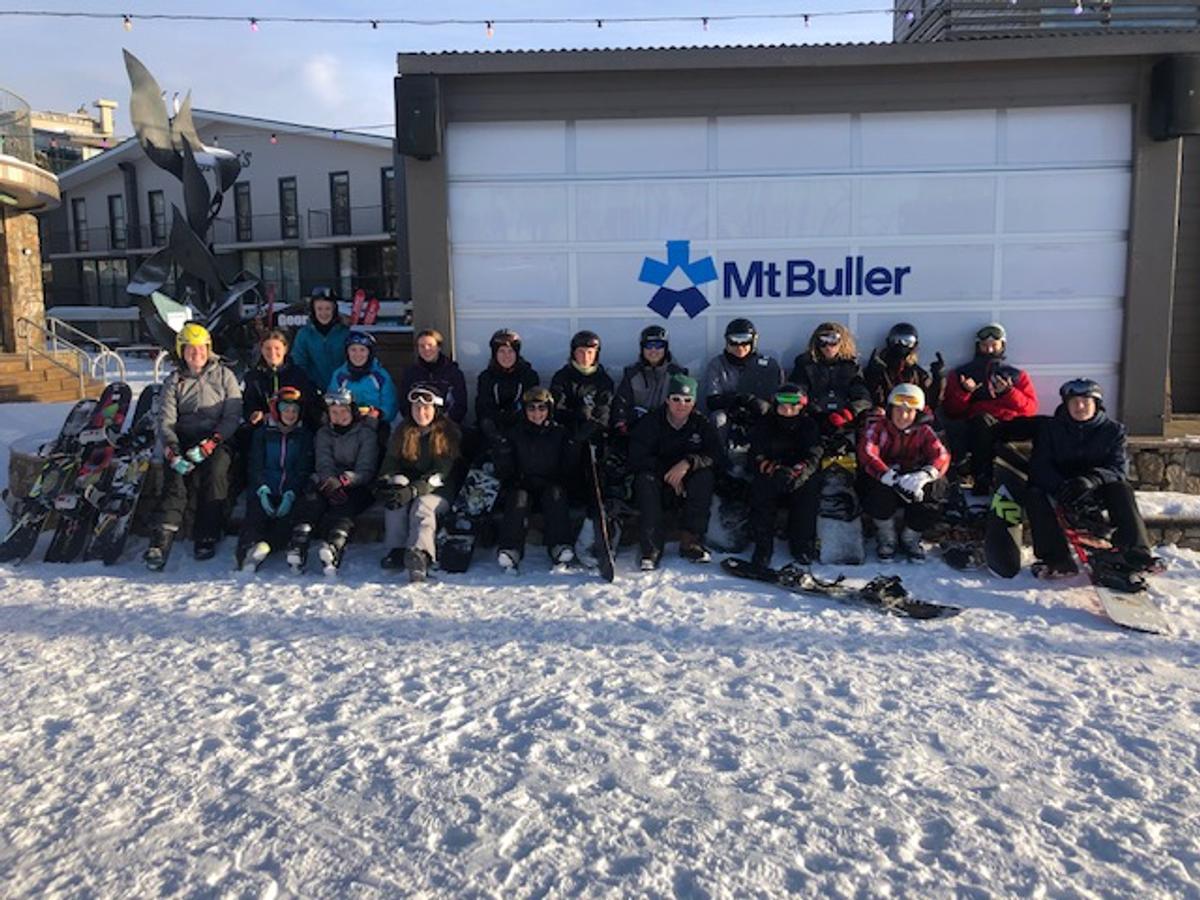 A little sleepy from the early start, the Year 10 Advance class arrived at school on a chilly Tuesday morning, geared up and excited for the days to come. Stopping at Yea for a quick breakfast at the bakery, we continued to Mansfield to switch buses and began the winding trip up to Mount Buller. We settled into the lodge and then headed down to the toboggan park. We messed around for a couple of hours on the toboggans –with many snowball fights and even a snowman being pushed down on a toboggan (it didn’t end well). Then we headed back to the hire shop to collect our ski and snowboard equipment before heading up to the lodge for dinner. We finished the day with 2 groups completing their activities –some team challenges and a trivia quiz.

After a light dump of snow overnight, we woke up to a foggy sky but were all keen to hit the slopes nevertheless. The snowboarders had their lesson first thing but we skiers still had a bit of time before our lesson began. Low visibility made it hard to get our bearings but we took the instructors’ advice on board and began improving our technique. Coming in for lunch, it was clear we’d all had a successful first morning and were on our way to becoming absolute professionals. Although sitting inside next to the fire seemed a little more inviting at that point, we all headed back out and hit the slopes again. Unfortunately, it started raining and the complete white-out made it a bit more of a challenge for those still getting the feel of their skis or snowboard. The rain switched around between hail and sleet, so by the time lifts were nearing closing time, we were all pretty keen to head in for a hot shower anyway. The remaining 2 groups hosted their activities –a stretching and celebrity heads session and more team challenges– and then we all very willingly headed off to bed.

Feeling a bit sore from the previous day, we had a bit of a slow start but still got out nice and early for our second round of lessons. The fog had cleared and it was a bright, sunny day and we were able to see stunning views from all around the mountain. The improved conditions also meant we were able to explore different runs and zoom down more challenging areas. As lifts began to close for the day, we all met back at the lodge before heading down to the Mount Buller cinema. As the seats filled up with lots of little kids, we all settled down to enjoy Toy Story 4.

The next morning we had our third and final lessons. We made the most of our last couple of hours on the slopes then reluctantly handed our gear back. After cleaning our rooms and collecting our packs, we made our way onto the bus and back to Mansfield. We were all a bit weary but were very grateful for the incredible 4 days we’d just had!

A huge thank you to Mr Evans for running the camp, and to Mrs Napolitano, Miss Thompson and Mrs Sheer for coming along to help us out.