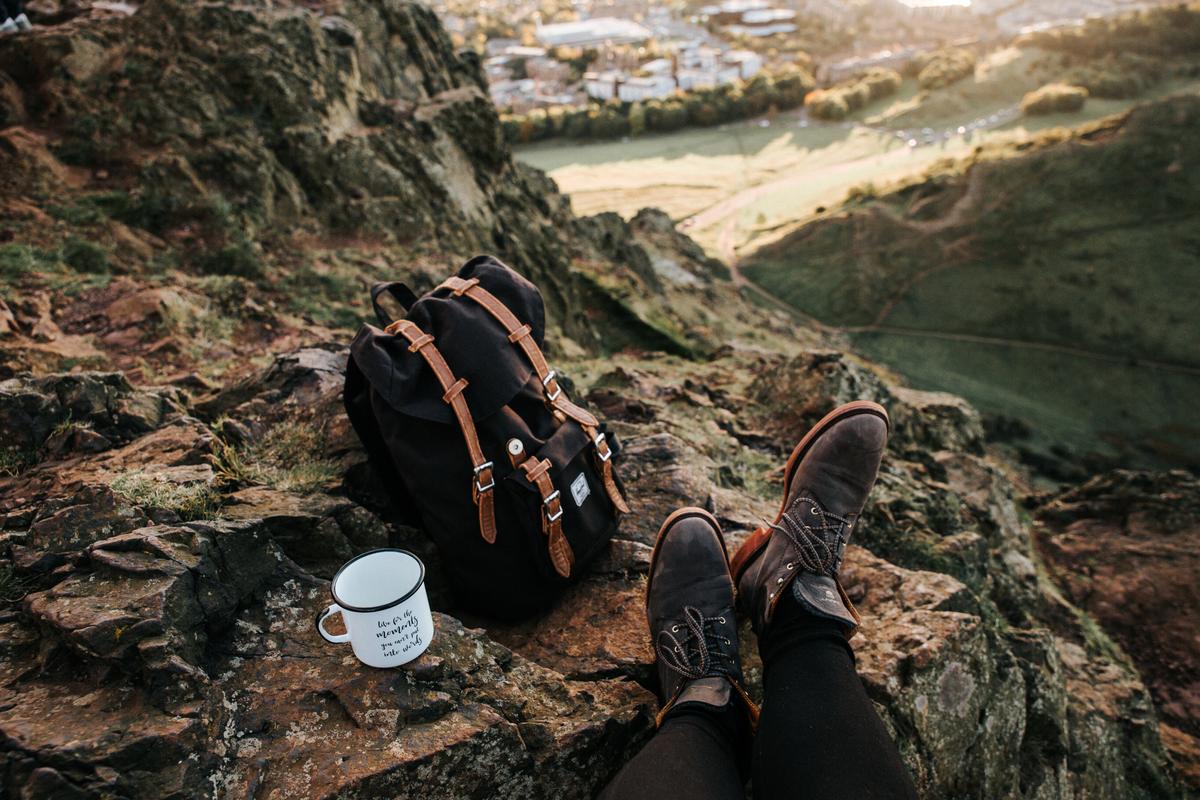 The final Advance camp for the year was a blast.
On the first day of our final hike, the Year 10 Advance class jumped on the ‘spud bus’ for the
final camp and one of our final moments as a class. We left for Halls Gap Caravan Park early on
Wednesday morning and before we knew it we were setting up our tents and leaving for our
first hike.

After a short walk we reached the base of one of the steepest rock faces I have ever
encountered, then we found out we were expected to scale it. After a lot of climbing, slipping and
jumping, most of us made it to the very top.  The view was amazing! We were able to see all of
Halls Gap and its surroundings as well as the Pinnacle, the objective of our hike the following
day and one of the highest peaks in the Grampians. We soon had to leave, as we were likely
going to be late, so we quickly climbed, slipped and fell down to the bottom. Later we cooked
dinner on our trangias and then played 40-40 before bedtime.

On the second day we left nice and early to start the Pinnacle hike. It was a really good hike with
plenty of spectacular views, with heaps of steps. In the heat as well it was fairly tough, but
everyone made it safely to the top. The way back was down this canyon and through some
caves which were really cool to go through. Once we got back we went to McKenzie’s Falls and
got some really nice photos. We also went exploring down the river, which ended in some pretty
cool stepping stones. After that we went back to base camp and had some dinner before
heading off to J Ward, a supposedly haunted psychiatric ward. It actually was freaky with
the combination of the true stories of the ex-prison and our tour guide attempting to scare us at
any chance… Overall everyone seemed to have a really fun day but were clearly ready for a
long sleep once we got back to camp.

On the final day we woke up with a slight sadness because we were heading home. Everyone
was up at about 8 packing up our tents and getting ready for the long trip home. We all got on
the bus around 9:30 and that was the end of our final Advance camp. On behalf of all the
Advance class we would like to thank all the teachers and helpers who have come on camps
with us, and especially to Mr Evans for always putting up with us for the past two years and
providing us all with some everlasting memories and bonds that we are sure everyone will keep.