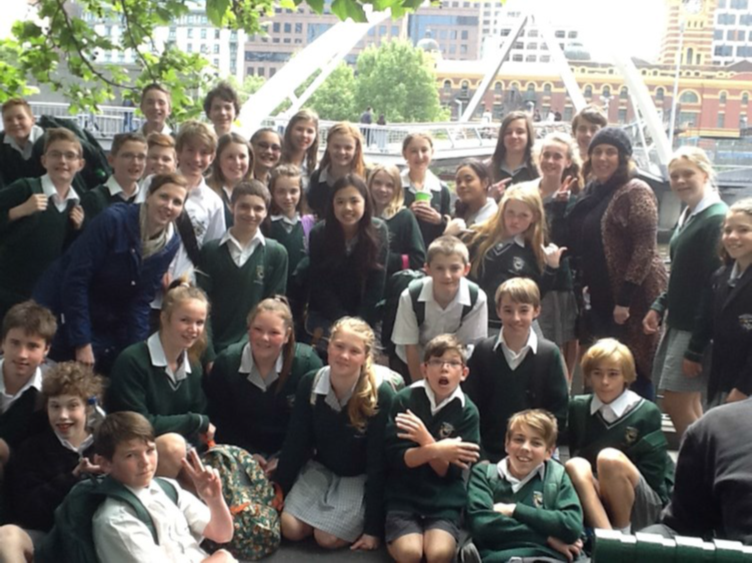 On Wednesday 15th of October, the Year 7 students had the opportunity to go to ACMI in the city to see a French film called ‘Belle et Sebastien’. It was quite a fun day as we all embarked on our train journey to the city and after the movie we had time to visit the Southbank area, where we bought food and walked around the shops a bit. We were lucky to see this movie – it was a great story about a boy who became friends with a dog. The movie also had some historical aspects, such as war and some good French people helping the Jews to cross the border into Switzerland. We were a bit anxious that we wouldn’t understand a lot, but actually the movie had English subtitles and this was great! Ms Peerbux also told us this movie was one of the best movies played at the French Film Festival school screenings this year. We agree as we really enjoyed the film! We would like to thank Ms Wood, Ms Hughes and Ms Peerbux for taking us on this excursion.