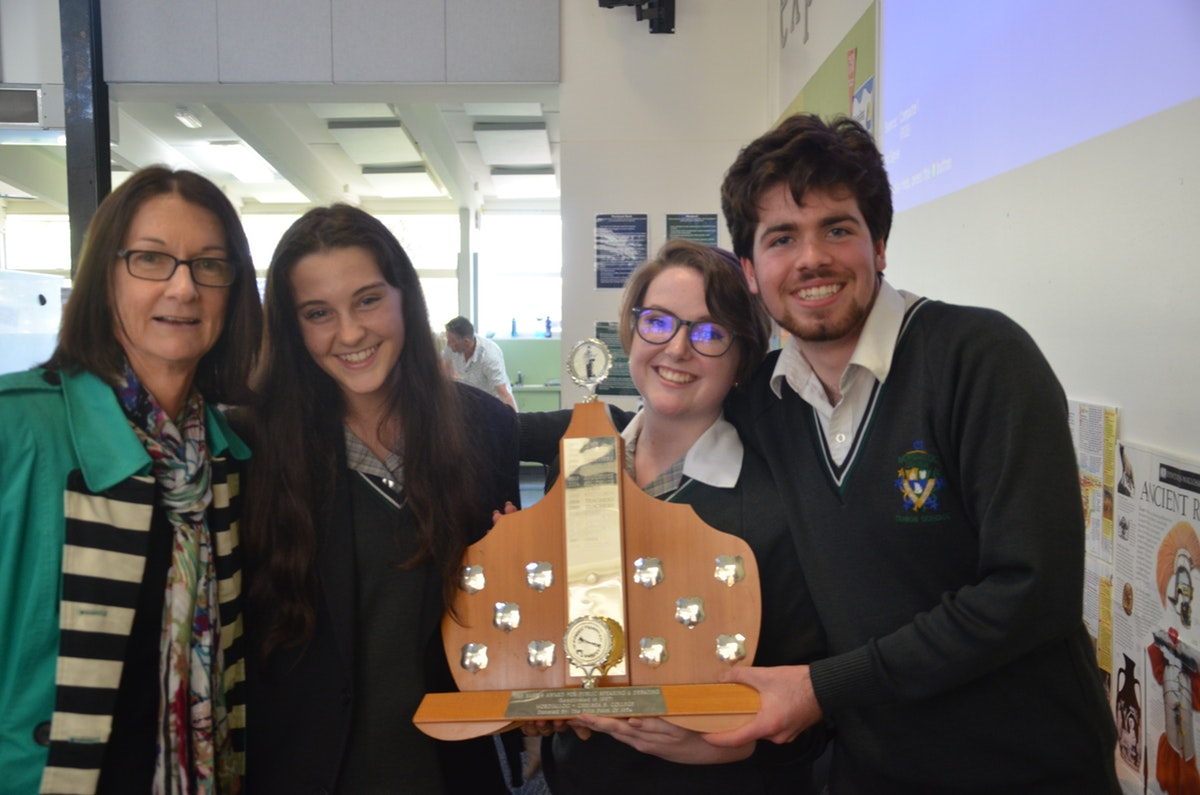 Our traditional and one of the most anticipated events for the year – the Staff vs Student debate was held on Friday 13 October and was watched by the whole school on the topic “this house doesn’t believe in grading in schools,” with staff speaking in the affirmative and students against. This was the twentieth debate held at the College with the students holding a slender lead overall of 10 to 9, so the outcome of this debate was either going to level the score or see the students increase their lead. Representing the staff were Mr James Nicklen, Ms Amy Webber and Ms Meaghan Baker. Representing the students were Finn McHenry, Charlie Brooks and Jemima Cleaver. It was a very engaging and close debate, with the students winning 217 points to the staff 197 points.