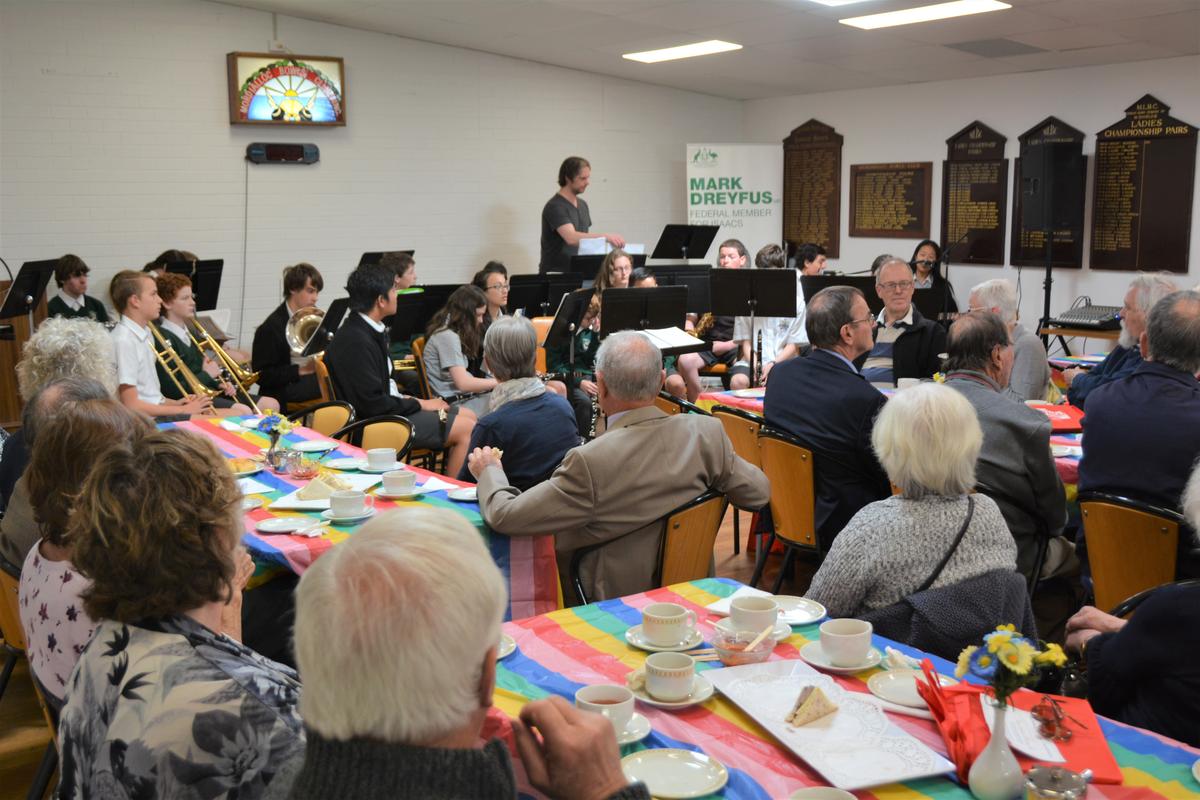 It has been a really busy term for Mordialloc College’s Music Department. We have been performing our repertoire that we’ve been practising and perfecting since the start of the year. Countless rehearsals, early mornings and lunchtimes were spent to make these performances memorable and a fun experience for us and the audience.

We had many performances this term including the College Art Show, the Seniors’ Morning Tea hosted by Mark Dreyfus and a performance for Aspendale Primary School.

During Mordialloc College’s annual Art Show, the music department provided some groovy and exciting music to accompany the magnificent art and to entertain the public visiting the show. There were amazing solos, duets, chorus performances and the Concert Band to finish the night off.

To further advertise the College’s growing music department, the Concert Band, Choir and two students in a duet performed in front of the Year 5s and 6s of Aspendale Primary School. It was amazing to perform in front of a younger audience. It gave us such pleasure to see how excited they were to watch our performances.

Lastly, Mordialloc College’s Concert Band and two contemporary music students, Celina and Harry, had the amazing opportunity to perform for the Seniors of the Mordialloc Community. It was a great chance to showcase the College’s music department to the public. We received great feedback from the audience, including Mark Dreyfus who was also present on the day. This was a great experience for us as it was one of the biggest performances we did for the public and we also got some food which, to be honest, was one of the highlights of the day. Who doesn’t love free food?

On behalf of the Music Department students, we thank all the music staff especially Mr Danoudis, Mr Maas and Mrs Ferguson and everyone else for supporting and motivating us in pursuing our passion for music. We also thank them for giving their time to supervise us, whether it’s 8 in the morning, until 5 after school, during lunch times and even the week-end. We can’t thank them enough for their everlasting encouragement and support. Thank you!

Many more performances will be held throughout next year and we will be working harder than ever before, to outperform our performances this year. Please stay tuned for the Music Department’s last performance which will be held during the Awards Night, there will be a Concert Band performance as well as the official debut of the College Stage Band.