Mordialloc College Has A Night 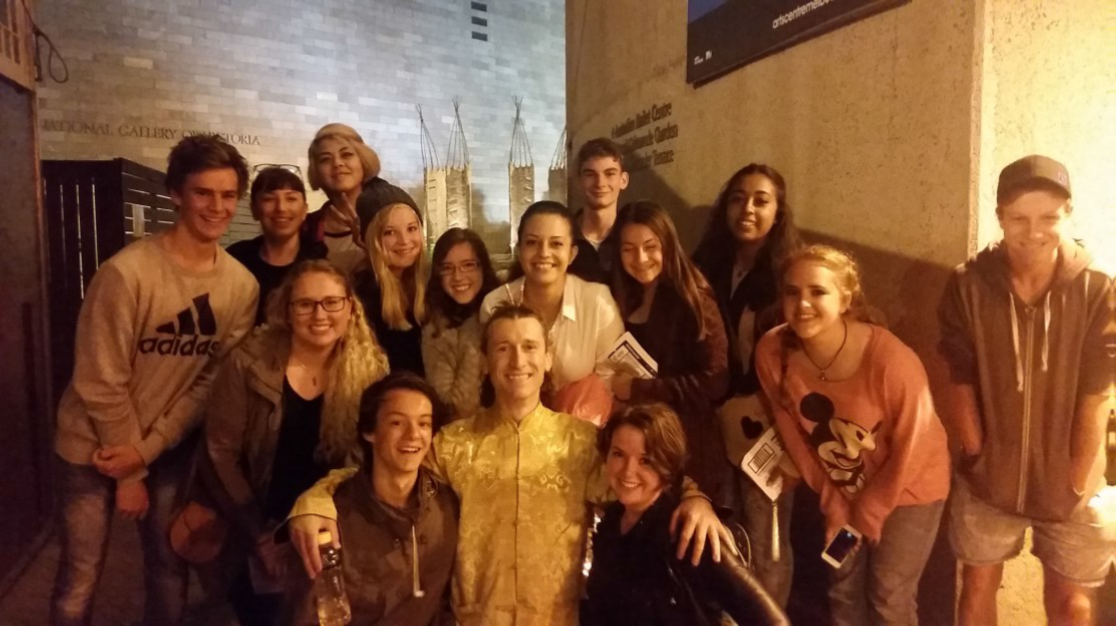 The Melbourne International Comedy Festival has just been and gone, showcasing over 500 local and international performances, making it one of the largest festivals in the world. In the final week of the festival, a group of Mordialloc College teachers and students went into the city to get amongst it. The show of choice was ‘The 3 Mikados’ – a hilarious take of the comic opera ‘The Mikado’ – performed at The Famous Spiegeltent. The show was a musical and physical comedy, starring some of Australia’s best performers, Colin Lane (‘Lano and Woodley’, ‘Ready Steady Cook’), Esther Hannaford (‘King Kong’) and David Collins (‘The Umbilical Brothers’). The three sang, danced and joked their way through a 70 minute re-telling of The Mikado (with many a ‘Ready Steady Cook!’ reference along the way) entertaining and impressing the audience with their many talents and comedic timing. After an incredibly engaging show we were lucky enough to meet David Collins, who spent time taking photos and chatting with us. It was a fabulous night out for all involved.

Special thanks to Katerina Hatzis for organising the meeting with David, and Ms. Napolitano for driving the bus.