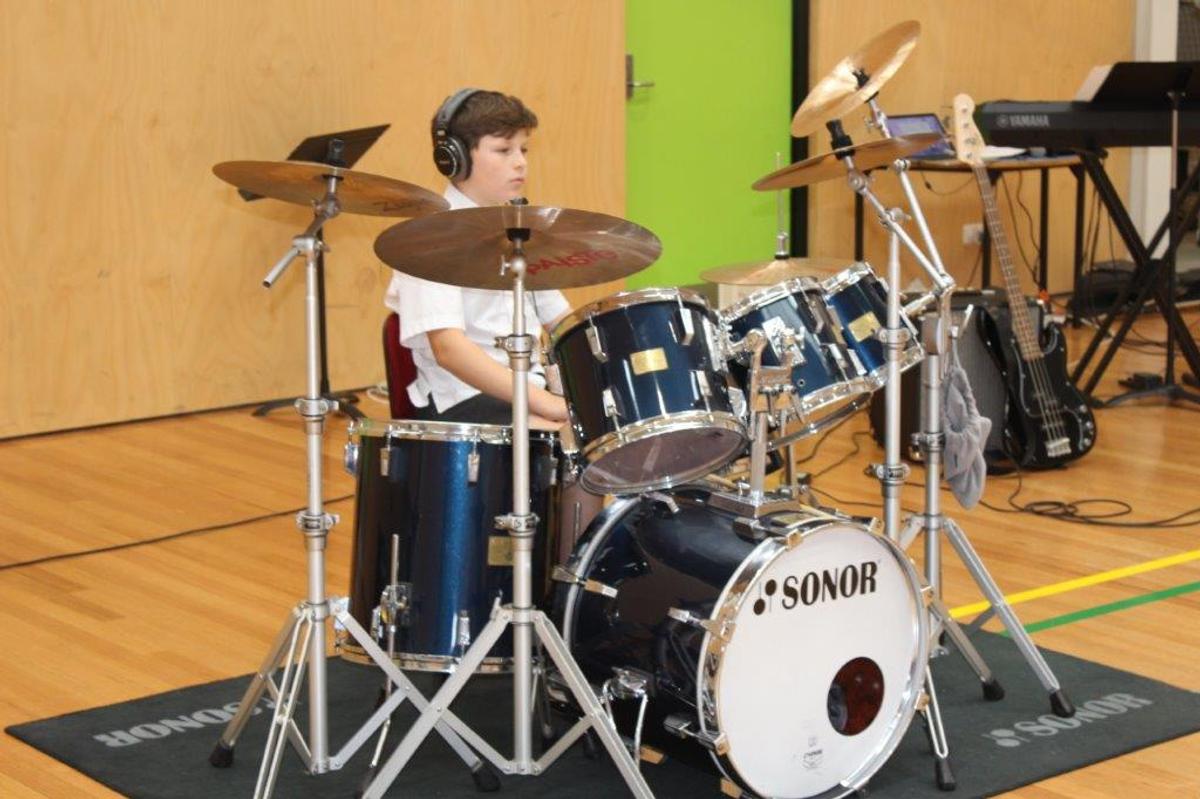 Each year the very talented students of Mordialloc College start preparing their voices, instruments, dance moves, jokes and exceptional selves for the event that every student looks forward to…Mordi Idol!

This year we had a phenomenal turn out of contestants with a record twenty talented students performing in thirteen thrilling acts to an adoring audience of the entire College community.

From soaring ballads to dynamic drumming, from individual efforts to entire band ensembles, every contestant gave their heart and soul and surprised the College yet again with their awesome talent, courage and commitment to the performing arts.

Judging was an extremely difficult affair and our three judges – Marina Walsh, Kathryn Bevan and Dylan Piubello – had the unenviable task of choosing only three winners from thirteen outstanding acts.

Third place was awarded to the very talented Kaan Dyke who performed Bohemian Rhapsody on drums, runner up was awarded to Celina Lum who played keyboard and sang a beautifully composed song and the Mordi Idol winner for 2019 was the Hip Hopping Charles (Semi) Danford from Year 8 who blew us all away with his silky dance moves!

A great time was had by the whole College community and I would like to personally thank all the staff, students and parents who make this event the complete success that it is each year. In particular a huge debt of gratitude goes out to our very talented music director, Mr Danoudis, who worked tirelessly (often through his lunch break) with each contestant perfecting their acts and giving them immeasurable support and encouragement.