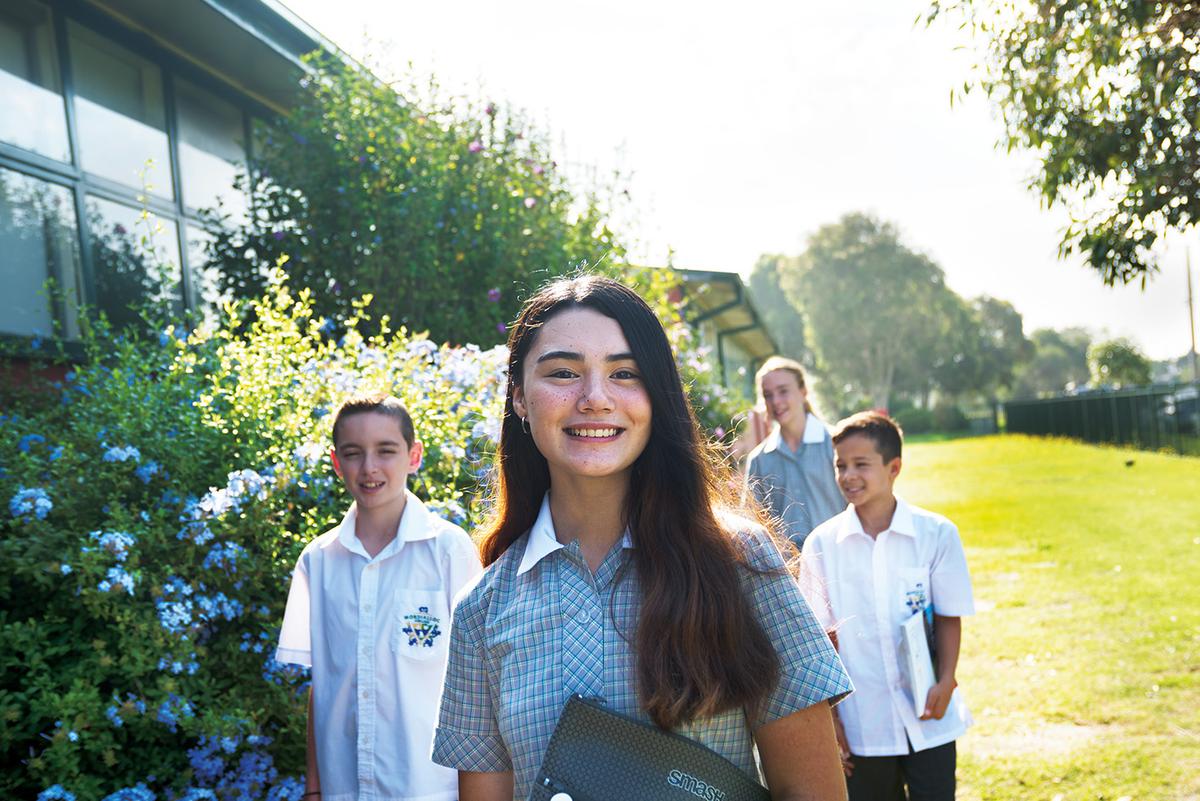 Term One of 2020 has flown by with the Middle School being jam packed with learning as well as extra-curricular activities such excursions, incursions, inter-school school sports days and participation in the College swimming day. Once again, the students of the Middle School have taken up the opportunities that Mordialloc College has afforded them.

The Year 7s, who are the largest cohort Mordialloc College have ever had, have made a fantastic start to the school year. Early on this term, the vast majority of Year 7 students made their way to Trafalgar East to spend three days at the Summit Camp. Most of the students had to face some of their fears including heights in activities like the Giant Swing, the Cave and Leap of Faith. Teamwork was a big component of nearly all of the activities at camp and it was great to see all of our year 7s working together to achieve some great outcomes in their activities. While at the camp, all the students participated in an event known as the Monster Challenge, where activity groups worked as a team to complete an obstacle race, like a smaller version of Tough Mudder, where all students became drenched and covered in mud. This activity was definitely a highlight for many who attended the camp.

Throughout Weeks seven and eight of Term One, seven Year 7 students, along with a range of middle school and senior school leaders, have been representing Mordialloc College by giving speeches to the Grade 5 and 6 students of the local primary schools. Through the speeches, our students have been advertising our College as well as informing the primary school students of the differences between primary school and secondary college. The Year 7 students who have assisted on these visits are: Ryan Azzopardi, Amy Bourne, Olivia Burnnley, Jake Hill, Bailey Hoysted, Matilda Lakeland and Elsie Rance. These students have done an outstanding job in promoting Mordialloc College and should be pleased with the improvement they have shown in their public speaking over such a short period.

The Year 8s have also had a positive start to the 2018 school year. Throughout the term the Year 8 students have been participating in a weekly inter-school sports competition against other local schools in a wide range of sports. Everyone who has participated has represented the school to a very high level.

Earlier this term the Year 9 cohort undertook a General Achievement Test (GAT) in order to practise their exam technique in preparation for upcoming exams. We saw the vast majority of the Year 9 students live up to our value of ‘Personal Best’

Unfortunately, due to the social distancing restrictions currently in place, the Middle School Assembly for Term 1 was not able to take place.

This term there were 123 awards given out to students of the Middle School who have been working extremely hard and have achieved some great results.

We had 19 students who were nominated for two or more awards. These students would normally have been awarded their certificates at the Middle School Assembly, but were instead given their certificates in Mentor classes. These students are: Isabella Drury, Lily Rontogiannis, Linh Nguyen, Piper Charters, Pippa Kerr, Ben Hallowell, Jacinda Jacobs, Lachlan Welsh, Dylan O’Neill, Gabriella Smith, Jeremy Thai-Chan, Tia Roberts, Darius Papagozlou, Liam Broad, Reemah Ababneh, Nellie Clarke, Oliver Huang, Anna Kuppe and Chanel Joseph.  Congratulations to all of those students.