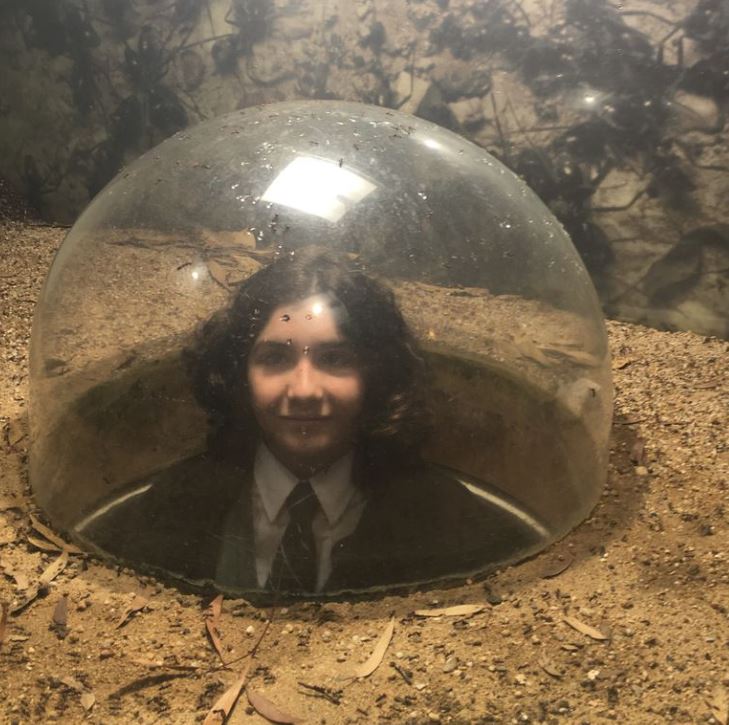 On Tuesday 8 August the two Yr 9 SEAL groups headed into Melbourne Museum to spend the day investigating ideas around evolution and looking at the large amount of evidence available to support this theory. We finished off the day at IMAX, watching a 3D film ‘Walking with Dinosaurs’.
When asked about what new knowledge they had gained, here are some of the responses I received.
Jack Crowe – I learnt that homo sapiens originated in Africa.
Hanna Biaroza – I learnt that the Imax we went into has the biggest cinema screen in the world and that crabs were around when dinosaurs roamed the earth.
Ethan Carroll – I leant that Alfred Wallace was Charles Darwin’s competitor.
Eboni Kewin – I learnt that John and Elizabeth Gould inspired Charles Darwin to come up with his theory, through their work with bird evolution.
Nicholas Irvine – I learnt the ways in which animals can be classified using DNA sequencing.
Jemma Thojaya – I learnt that birds are a type of prehistoric animal that used dinosaurs as a resting perch.
Ricardo – I learnt about Darwin’s voyage.
Braden – I learnt that Darwin’s book sold out on its first day.
David – I learnt that there are 4 bases in DNA  (GTAC).