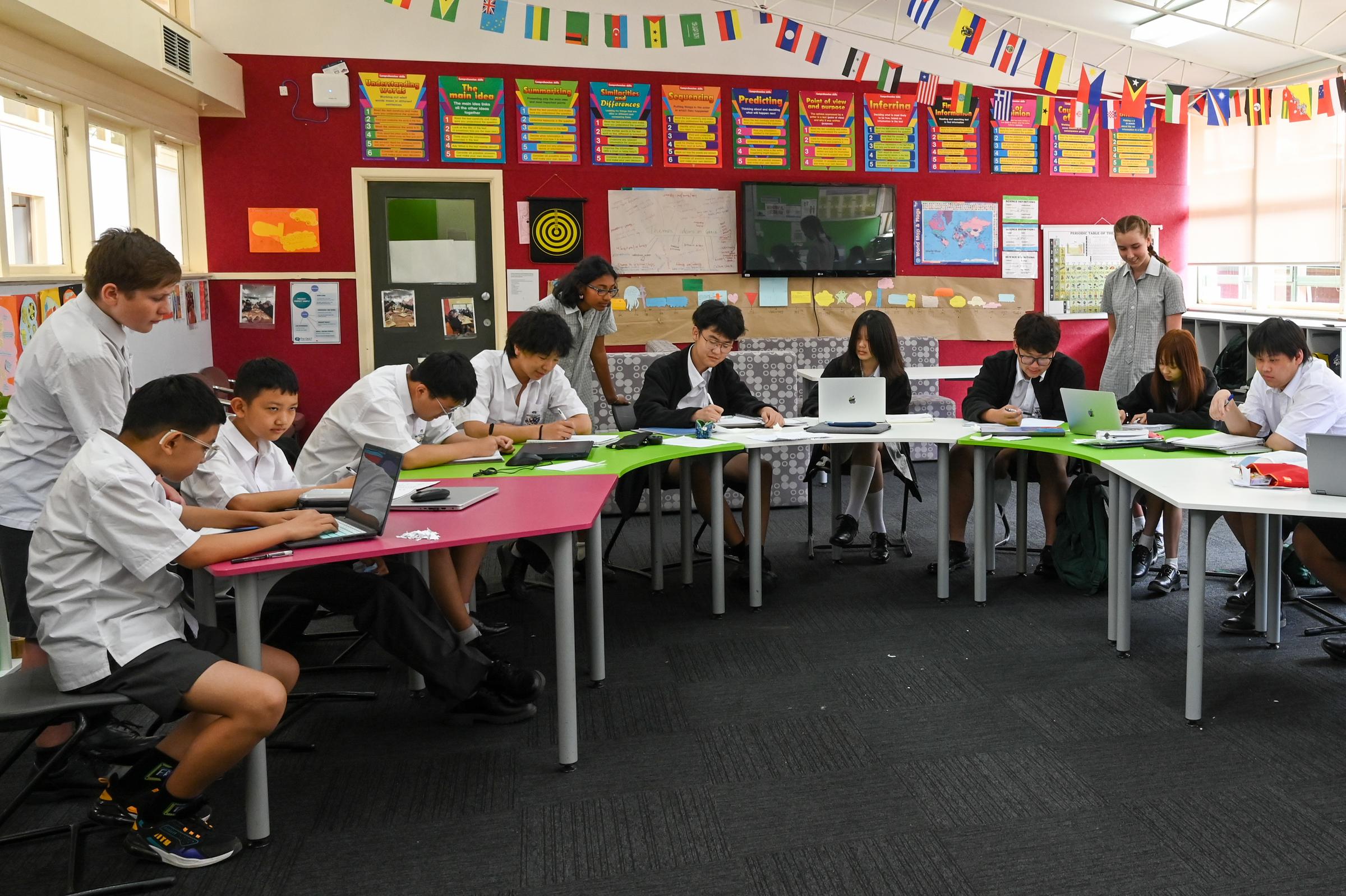 Our international students come from many different countries.  We are fortunate to have two students from Japan. Naoto and Keika are brother and sister who come from Inzai City close to Tokyo . They have been with us since 2018.

Last December, Naoto and Keika received an invitation from Mr Junji Shimada,  the Consul-General of Japan in Melbourne to join him for a buffet luncheon at the Consul-General’s residence in Toorak. The event was held to bring together the VGS Japanese onshore international students. Our students had a wonderful time, they made some new friends and greatly enjoyed the Japanese cuisine.

We are delighted to report that Naoto and Keika’s younger sister Kumi will soon join them at Mordialloc College.   Kumi will start at our English Language Centre and then progress to Year 7 mainstream.