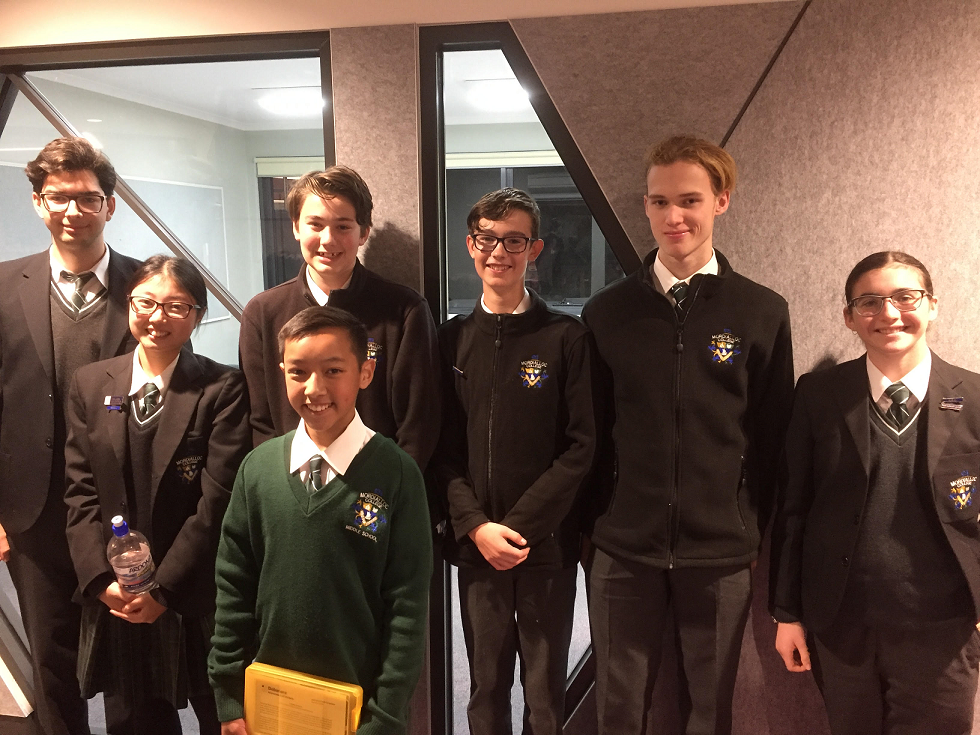 Last Tuesday night, students from years 7 to 12 competed in Round 3 of the Victorian Schools Debating Competition. After weeks of rigorous training and intense practice debates, our hardened debate team were ready for their first secret topic round. A secret topic round is where students find out the topic only one hour before their debate and must prepare with no outside help from the internet, teachers or coaches.

Even though our students were up against older, more experienced students from private schools they conducted themselves with grace and confidence. Our results speak for themselves. We were undefeated, again, across all teams and we had many standout performances.

Our C Grade Year 10s won their debate by a decisive seven-point margin on the topic: ‘That Australia should introduce citizenship tests for all Australians as a prerequisite for the right to vote’.   Congratulations to Callum Roberts, Ricardo Provenzale and James Vicendese for their eloquence and for taking home the Best Speaker award for their round.

Our A Grade team also won their debate with flying colours decimating their opposition on the topic: ‘That the media should not be allowed to report on the private lives of politicians’. Congratulations to Annie Mey Lee (awarded Best Speaker), Dylan Brown and Alex Vujicic for their incisive performance.

Furthermore, a special mention to Jeremy Thai Chan who, despite being in Year 7 and debating in the Year 9 competition, was awarded the Best Speaker in his debate’s last round. These talented young minds have a bright future ahead of them.