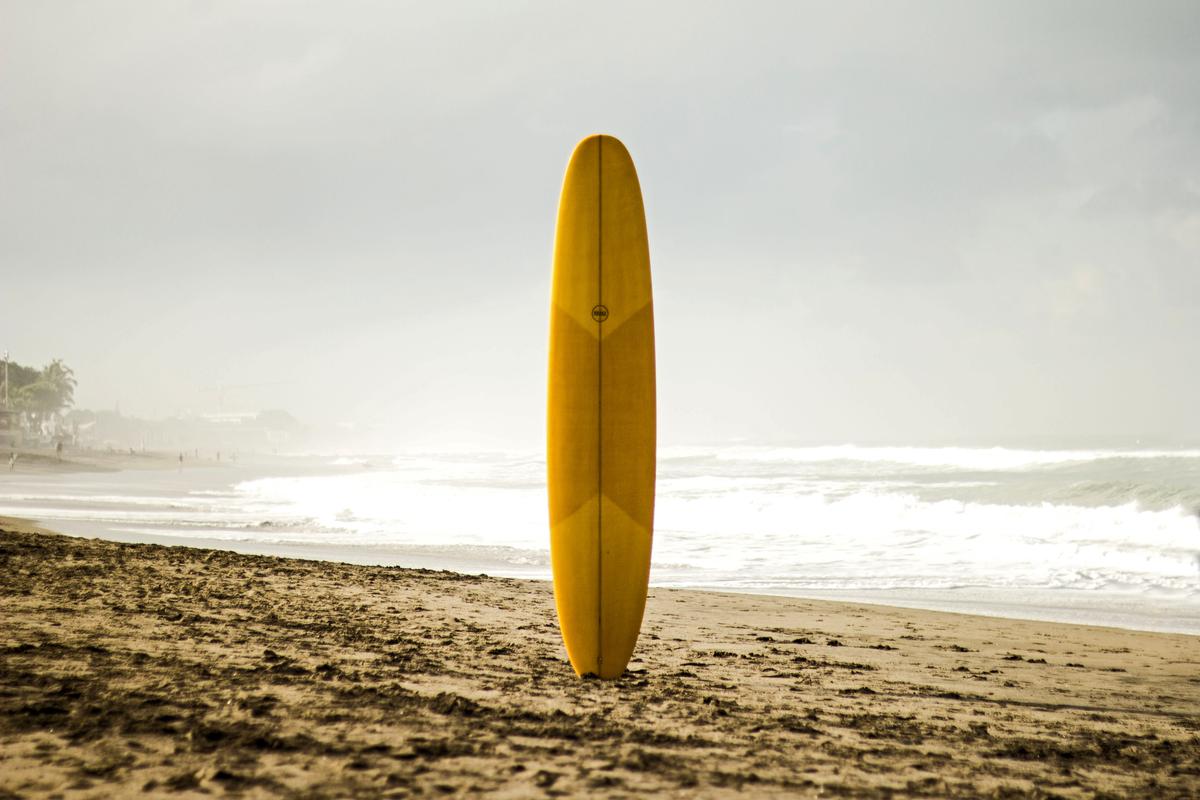 On 18 November the Advance class jumped onto the bus to start their journey. After hours upon hours, we arrived at the Lorne Campgrounds and set up camp, struggling to build our tents which were our homes for the next three days. Racing back onto the bus, we drove down the stomach aching spiral roads to begin surfing at Anglesea. After a quick tutorial and demonstration the Advance class was very motivated to get onto the water.

Wetsuits on. Boards ready. We eagerly headed out to the waves. Smiling and cheering, we

all had a blast as the 2 hours passed by in a flash. Content, we thanked the instructors then it was time for the treacherous ‘run swim runs’. Tired, we travelled back to the campsite to cook up some dinner. Pasta, mac’n’cheese, chilli, soup, wraps, rice, salads… we had it all.

Stomachs full, Mr Evans rounded up the troops to go for a night walk. We spread out chatting and laughing on this 7 km hike. Night fell and the torches came in handy to see the tree, the stumps, the spider’s web – we had to be wary of our surroundings to survive this dangerous path. At last, we made it to Moggs Creek Lookout, where many scary stories were told. I’m sure everyone was terrified by the end. When the first yawn struck, we decided to head back to sleep. Quietly, we spread out into our allocated tents and “did not speak or laugh once”. (Sarcastic tone).

We awoke to the sound of chirping birds and passing cars and scoffed breakfast before heading off to try sea kayaking. Paddling through the strong winds and currents, we avoided the surfers and swimmers. Trying to catch the waves into shore and then paddling back out made our arms begin to feel heavy and weak. This 2 hours felt longer than the surfing.  A whistle was blown, warning the group to catch their last wave and pack up. The air was warm so we all dried very quickly as we changed into dry clothes ready for mountain bike riding.

Water ready to drink, they began pedalling fast around the corners, over the stumps, down hills and through rocky grounds. By the end of this 20 km ride everyone had red faces. Fanning ourselves, we recovered under the shade of the trees and in the path of the warm wind before heading back to camp to change into bathers.

An afternoon at the beach cooled us down. Grins were stamped on all our faces. Our last dinner… pasta, quinoa, curry… delicious. But disaster struck – four people lost their dinner due to their clumsiness of dropping their pots. Fortunately, they shared some leftovers from their classmates.

In celebration of our last night on this adventure trip, we walked over to the nearby park and some got an ice-cream as a special treat. We played games and chatted all evening until it was time to get some rest. Unlike the night before, everyone actually fell asleep straight away. I know they were tired.

On the last day, waking up wasn’t easy for us as we looked as if we had been out all night. Carrying on with our energetic activities, we made their way to the local Lorne beach for a  ‘Run swim run’. Mr Mulcahy acted as our marker to swim out to. He, in a wetsuit, laughed as we all shivered. Blue-lipped, we soaked in a warm shower until it was time to finally pack up and leave.

Singing and yelling, the bus trip home was far from quiet. When we arrived at Mordialloc College we realised that the Surf camp was over and the Advance class went their separate ways. A big thanks to Mr Mulcahy and Miss Yorke for coming along and also to Mr Evans for organising the camp so we could go.